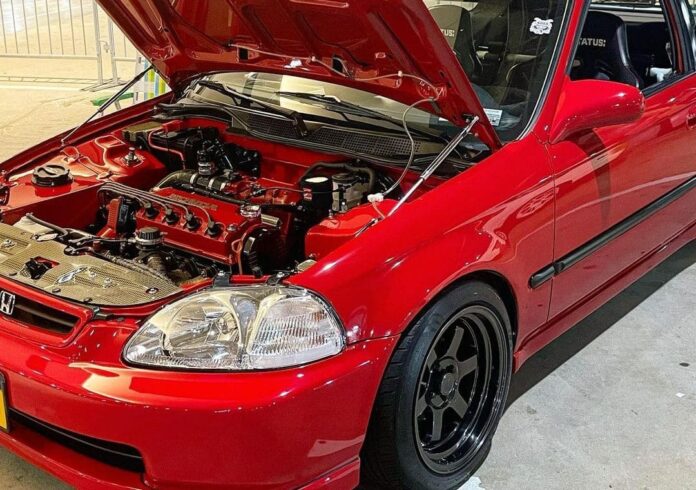 Your haters are your biggest supporters 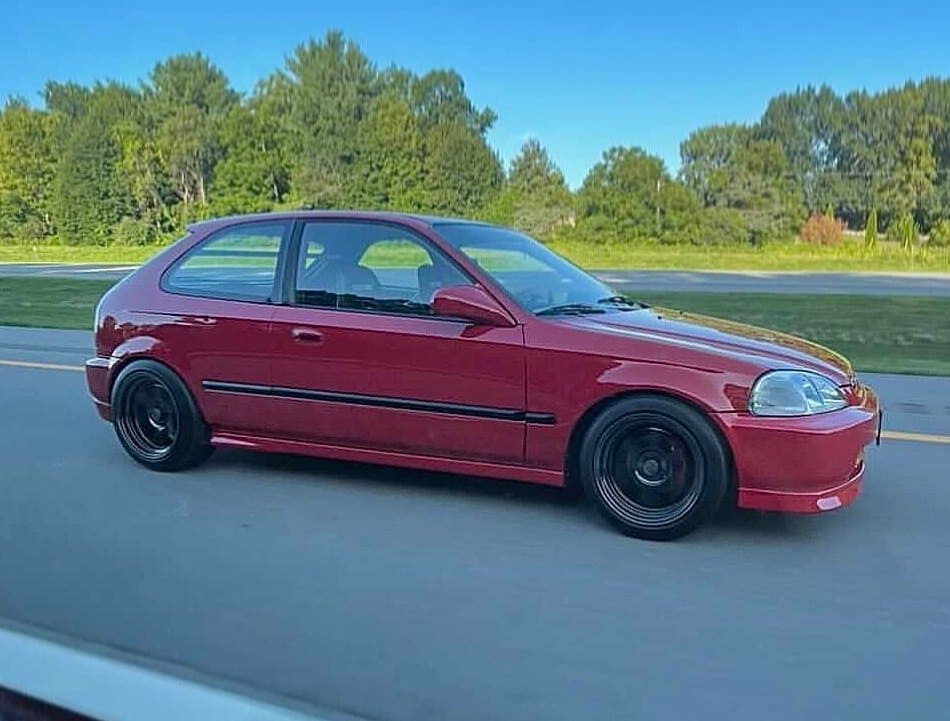 Was there any unusual circumstances around how you acquired your car?
Back when me and my friend were in high school we decided to build a car, did that and then changed frames, and never finished. So a year later I get the hatch and 7 years later things have changed and I have had to opportunity to build her exactly they way I’ve always dreamed of. 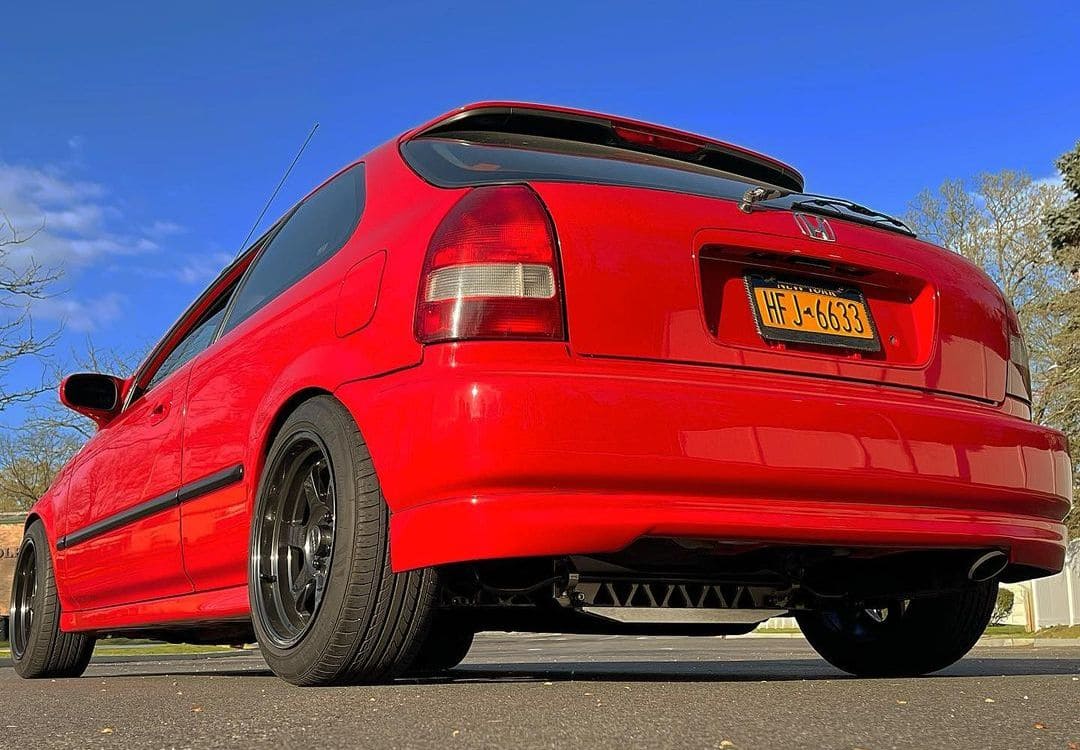 Was there more work on your car than you anticipated? Did you find a bucket of wiring worms, find some secret hidden problems…..
When I first got the car it was the beautiful rallye red you see, sitting on 13” and 14” steelies and a stock motor and automatic transmission. As little by little as I’d modify the car if make it a goal of mine to fix and restore as I went along. This car has been such a great platform for me to display what I feel is a unique car. 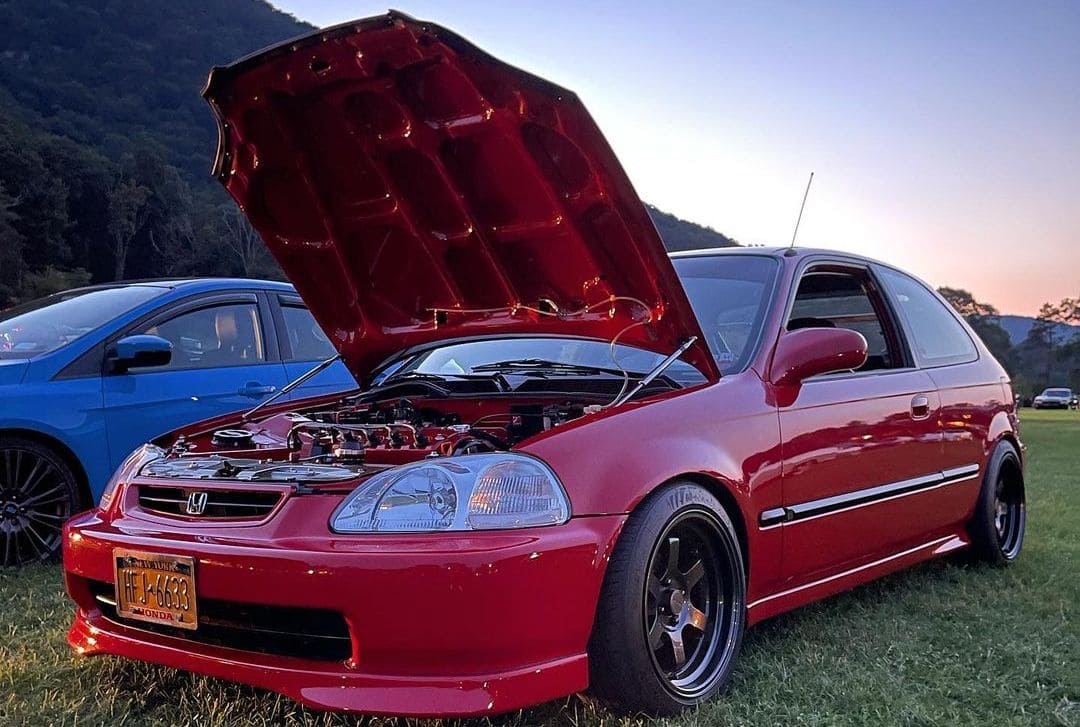 Are there any unique mods on your car? Hyper-rare parts, custom made parts…
As the years pass and the upgrades get better, knowing I always have to outdo my previous look I have made it my duty to keep a theme. As you can see the interior is mostly custom with the seats being designed piece for piece and ever accents around had to flow. Under the hood there are countless pieces that have been hand made and or completely remade to make everything fit as if you expected Honda to produce it this way. 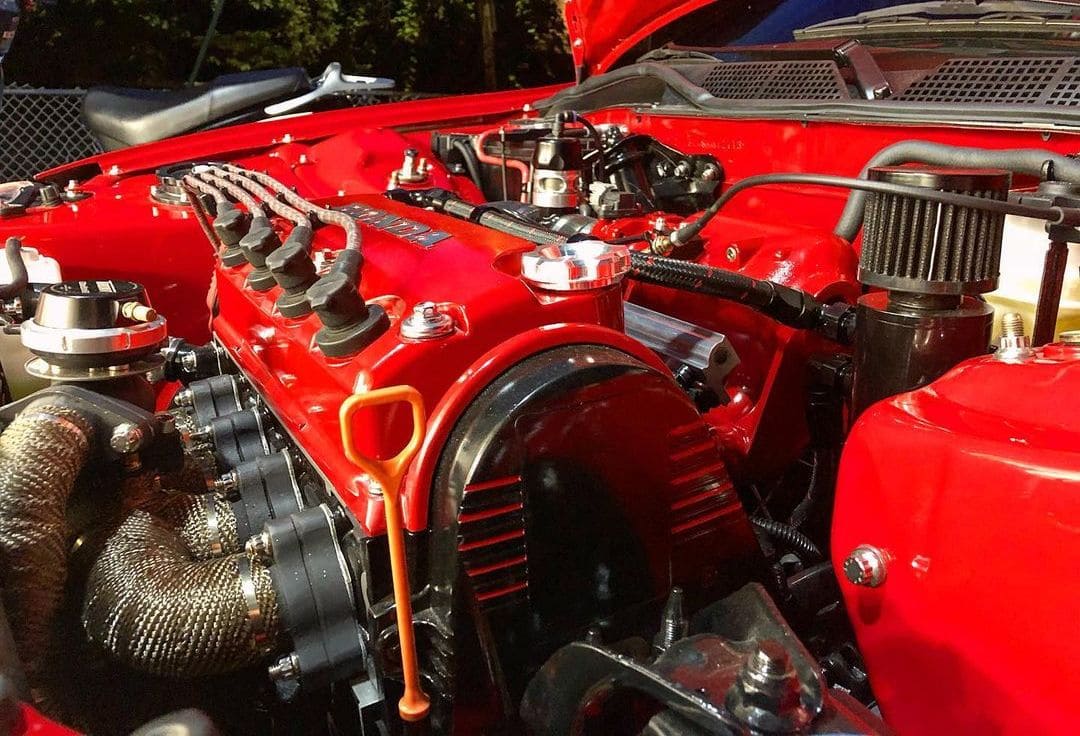 Would you consider your car done in its current form? Or do you have a list of “to dos” still left?
From the time you are seeing this build it is currently under the knife and getting a brand new drivetrain with a fully build mini me motor setup with a civic wagon transmission which lead me to now convert the car to all wheel drive. 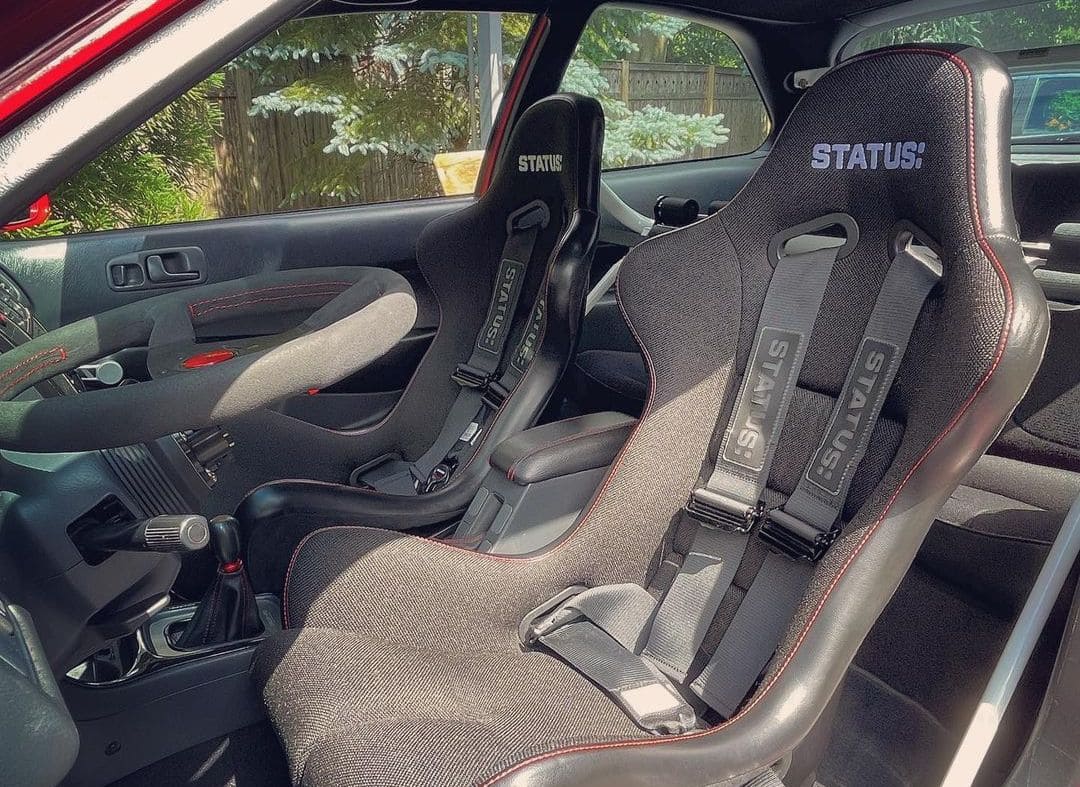 What is the biggest problem you ran into on your build?
From the time I built the car to show quality and did the whole motor and transmission swap I had gone through 2 transmissions and then settled for a new one from synchro tech which has now allowed the car to make a 1000 mile journey without skipping a beat. 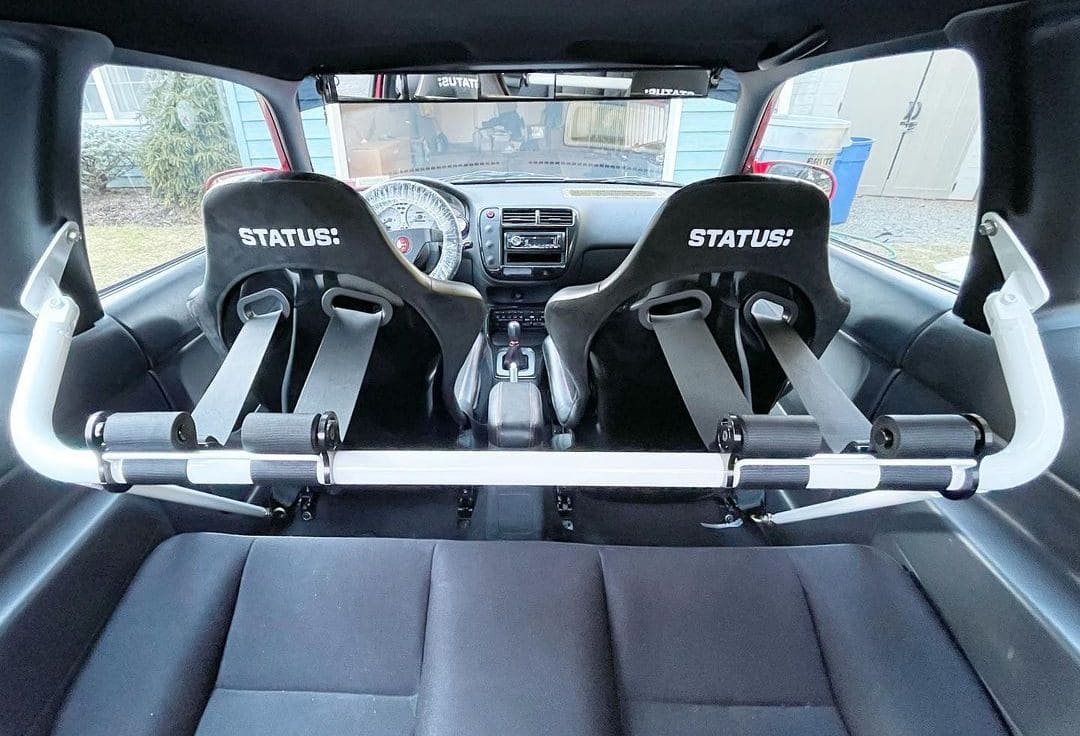 If you had to do it again, would you build the same car?
If I could build this car again knowing what I do know I would have never spent the money on certain items and learned more about what real vs fake and quality parts were. 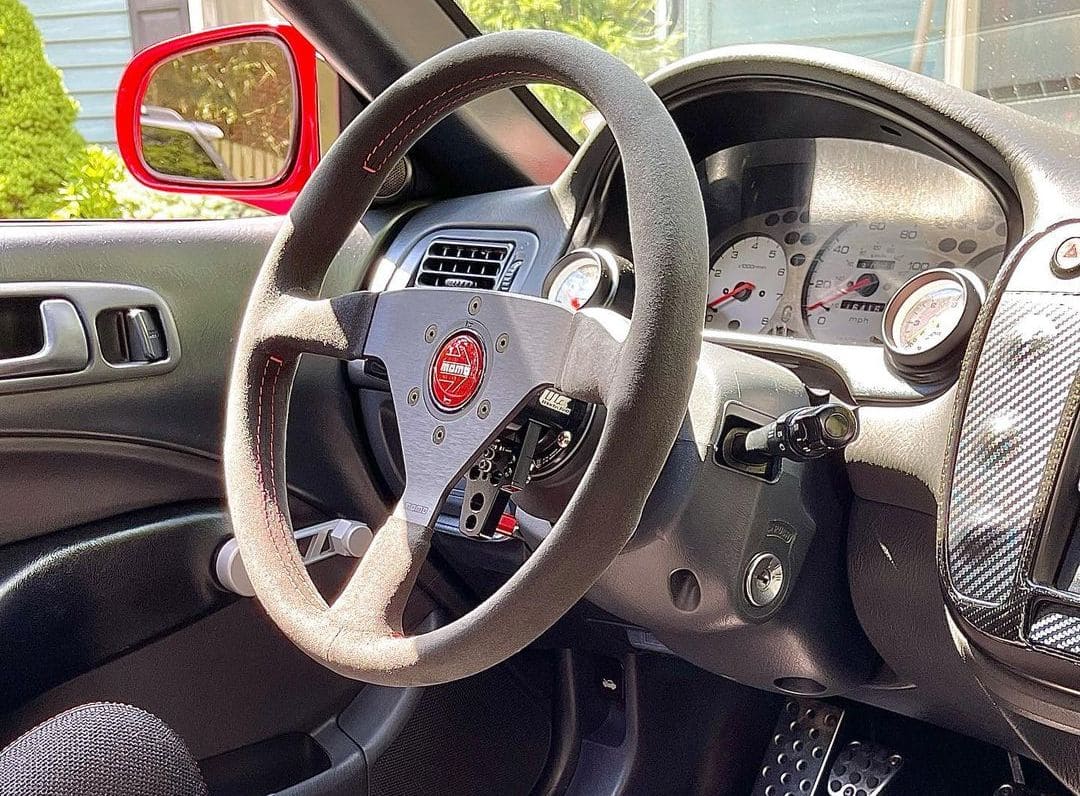 Are you apart of a club or crew with your car?
Not being apart of a club/team has its advantages and disadvantages but I can tell you this being independent in the car community sometimes makes things even more satisfying when I just pop up with something so badass everyone takes a second look and is blown away. 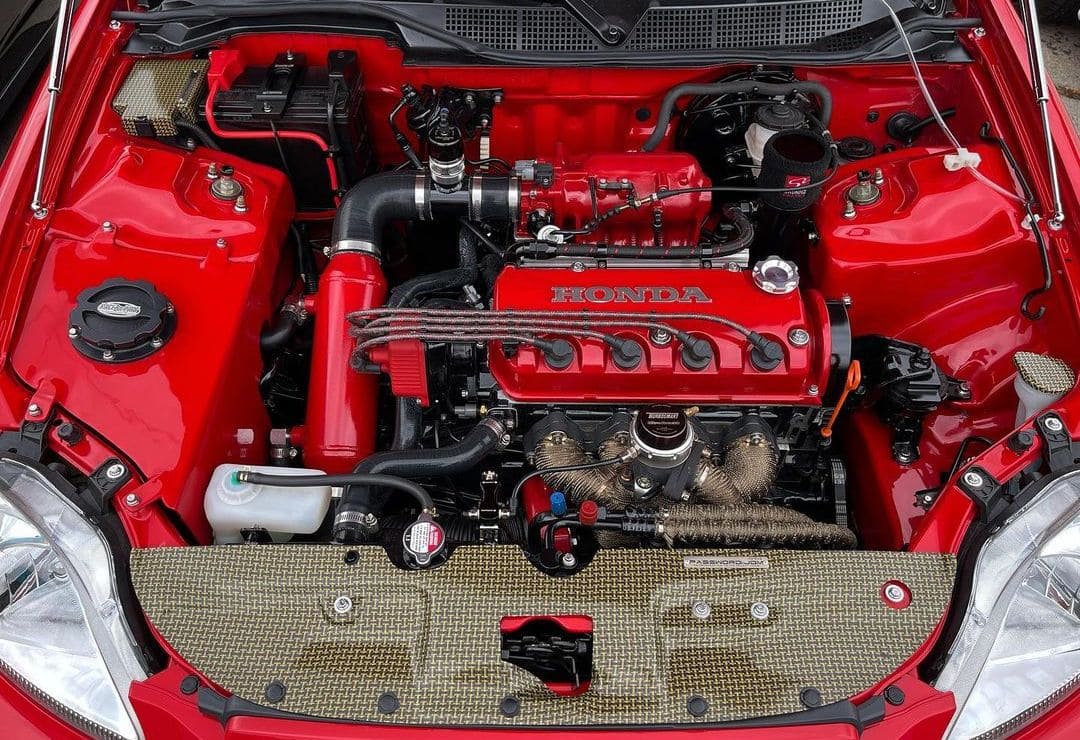 Is there any part/mod on your car you had to do a few times, or installed and then removed?
From making the car stick to shaving and tucking an engine bay I’ve always found myself wanting the next best thing so I’ve changed many items many times just to keep up with the times if you know what I mean. 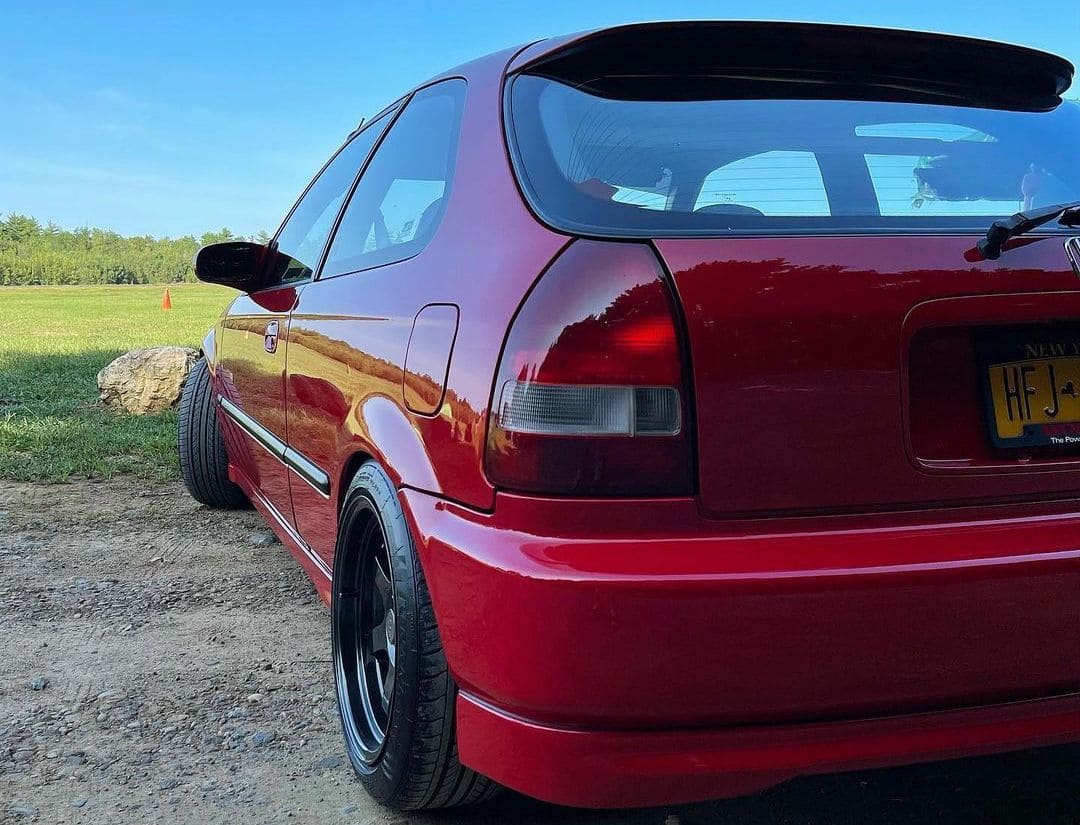 What is your favorite part on your car?
To narrow things down and to pick my favorite part I’d have to say it’s the parts that are custom made so the spark plug wires is a big one then it’s the water box for the cooling of the turbo system, and then last but not least are the seats. 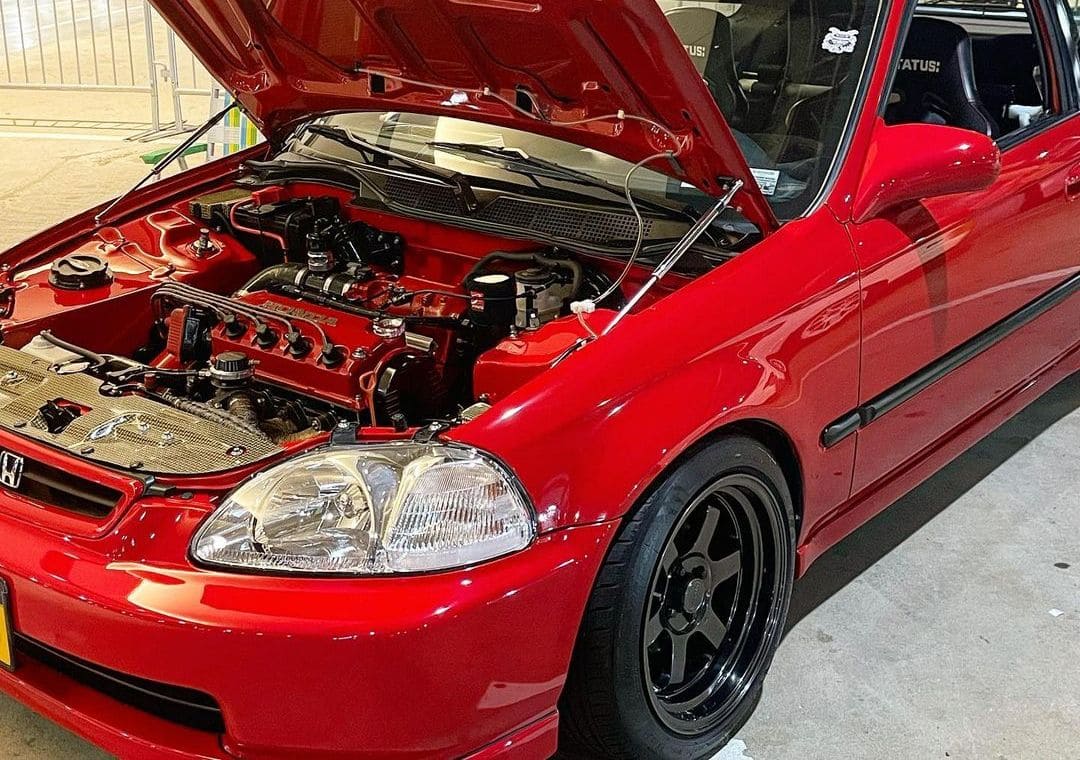 What’s the best memory you had in your car?
Every year since I’ve owned the car I’ve always went on some decent road trips to get to some of the major car show events and so I can say this past summer I took a 6 hour drive to then win an award and the next day went an hour further away to skydive and to see my car from 14k feet up was something you’d have to experience for yourself.