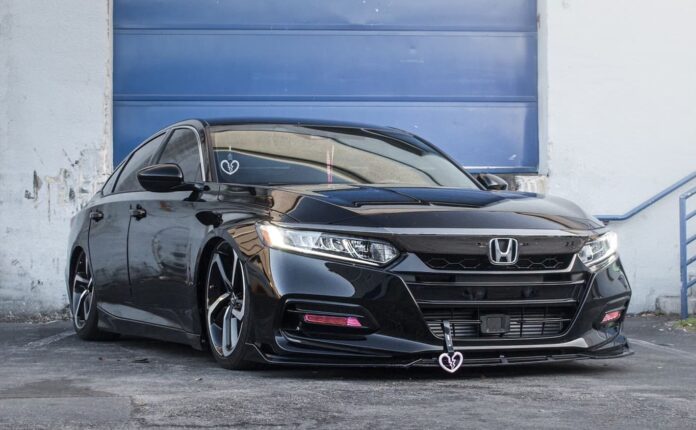 Die with memories, not with dreams 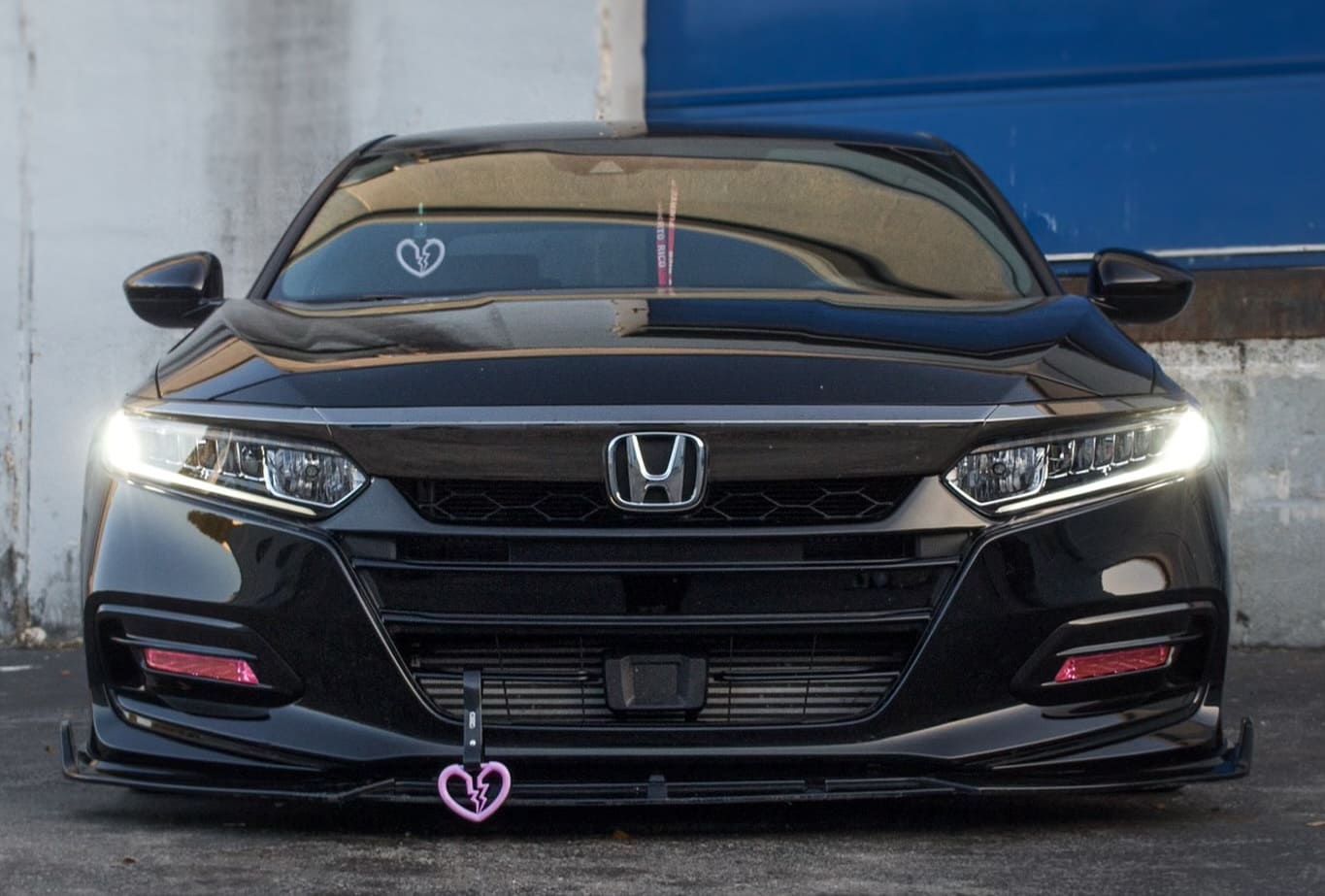 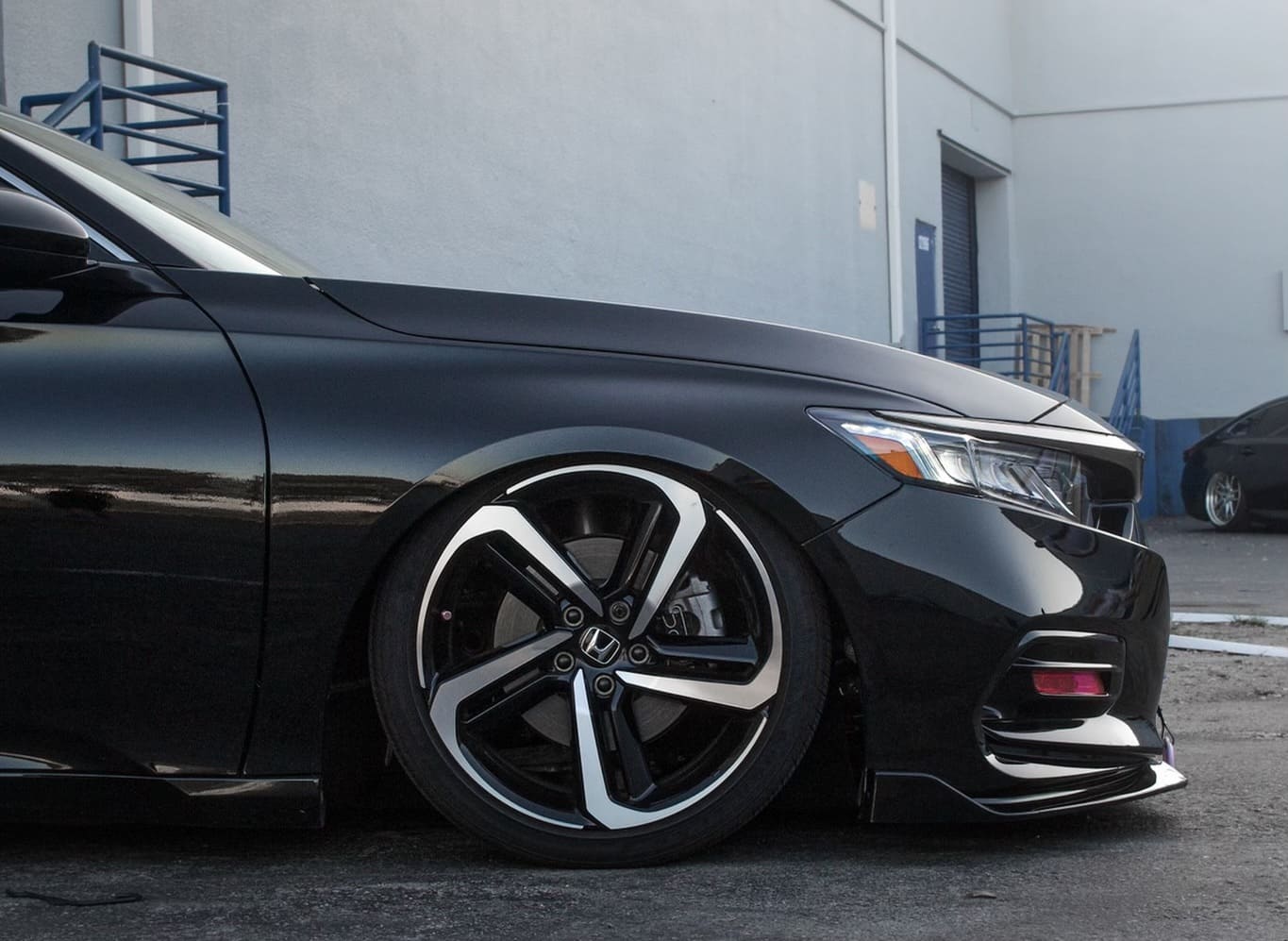 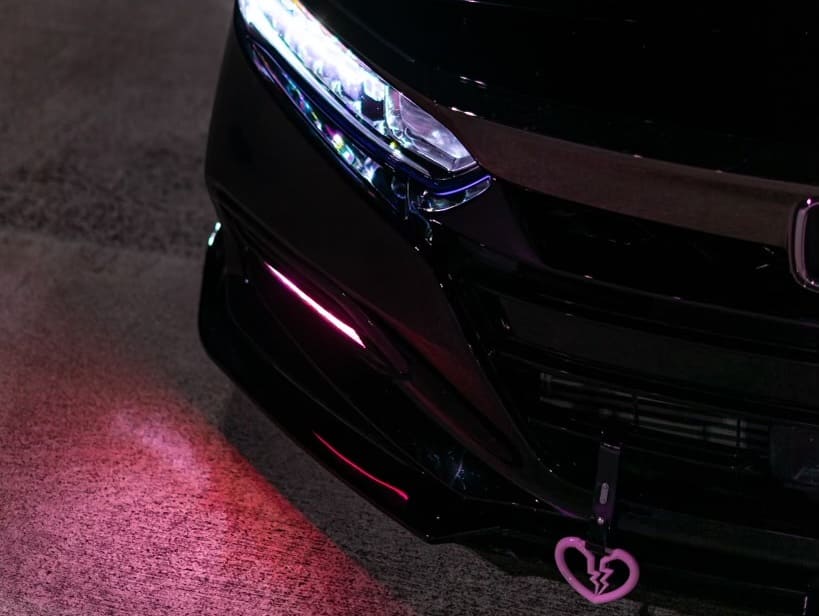 Do you think that the rest of the car scene takes you as serious, being a female in the scene?
I believe it’s a hit or miss, there’s people who do take females very seriously in the scene and there’s people who automatically assume you get everything done for. It may be discouraging at times but there are also times where people are very supportive which is encouraging. 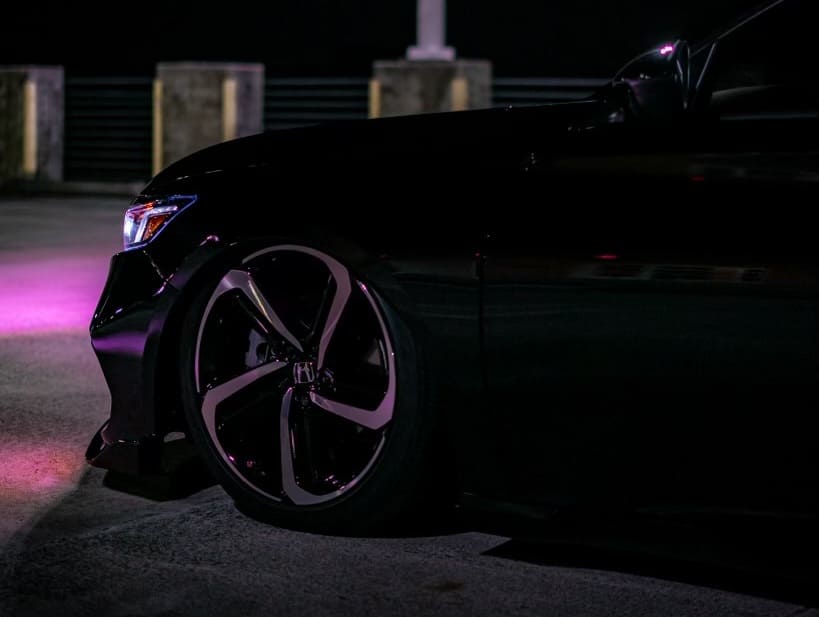 Was there any unusual circumstances around how you acquired your car?
Well, in the beginning I had started with a 2020 Honda Civic Hatchback Sport and I had to give the car back because the deal was not finalized. I was heart broken because I had my whole build planned but I was later presented a better opportunity being my current Accord. 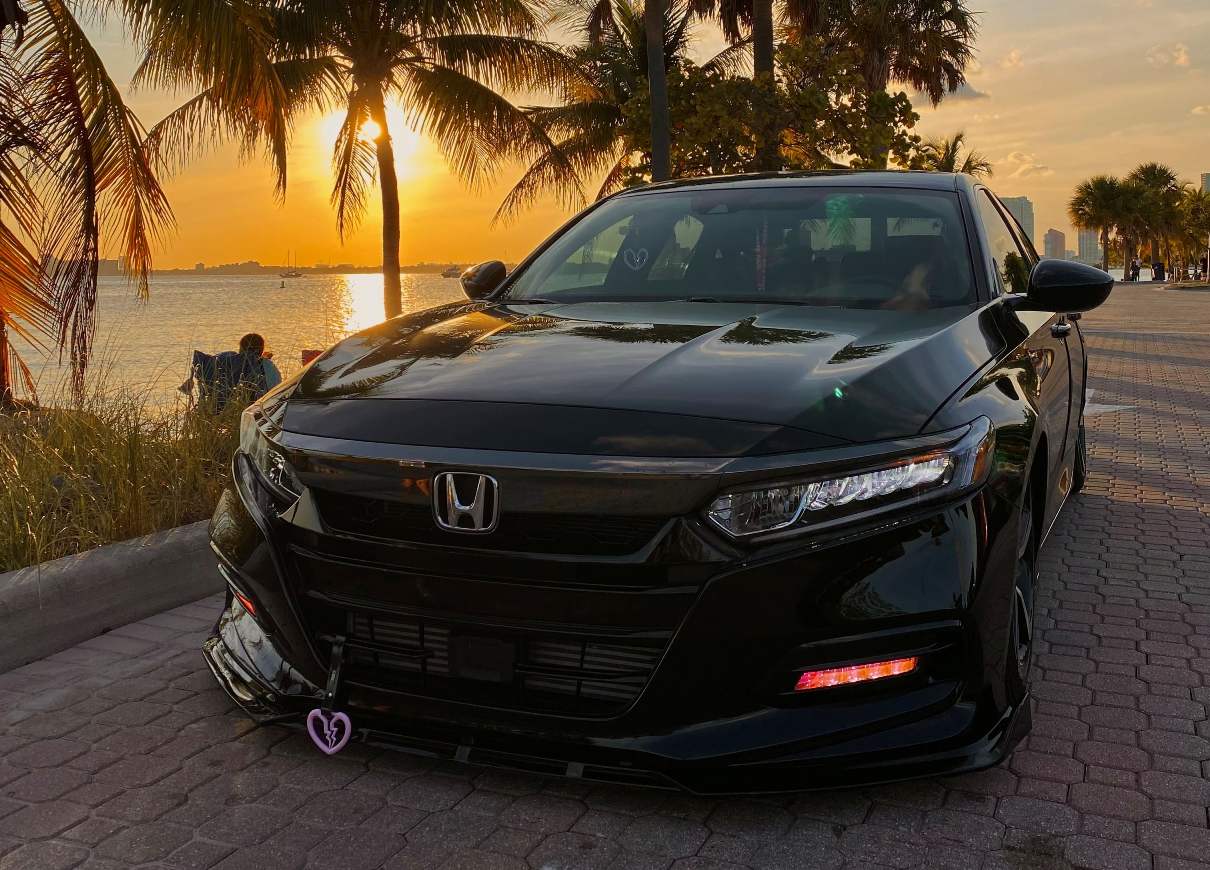 Was there more work on your car than you anticipated? Did you find a bucket of wiring worms, find some secret hidden problems…..
I have not done a lot to my car, the only problems I’ve come across have been my broken top hat and my sway bar link. Both have been cheap and easy fixes. 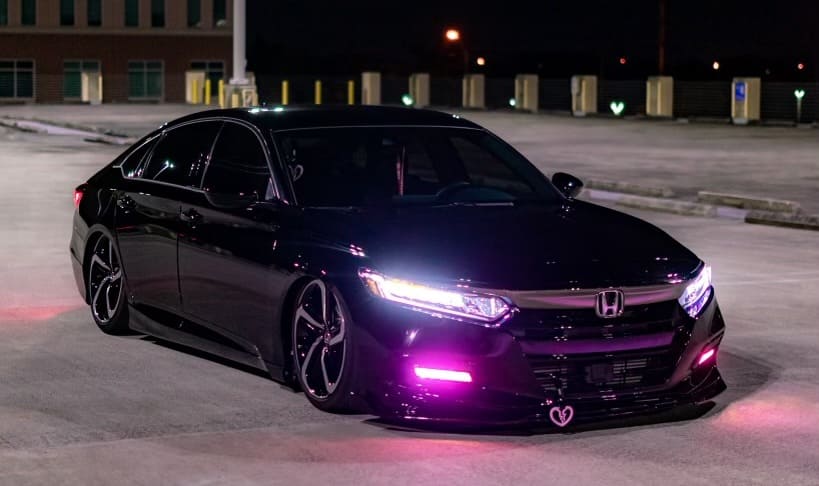 Are there any unique mods on your car? Hyper-rare parts, custom made parts…
At the moment I do not have any unique mods. I am working on custom tail lights and headliner starlights. 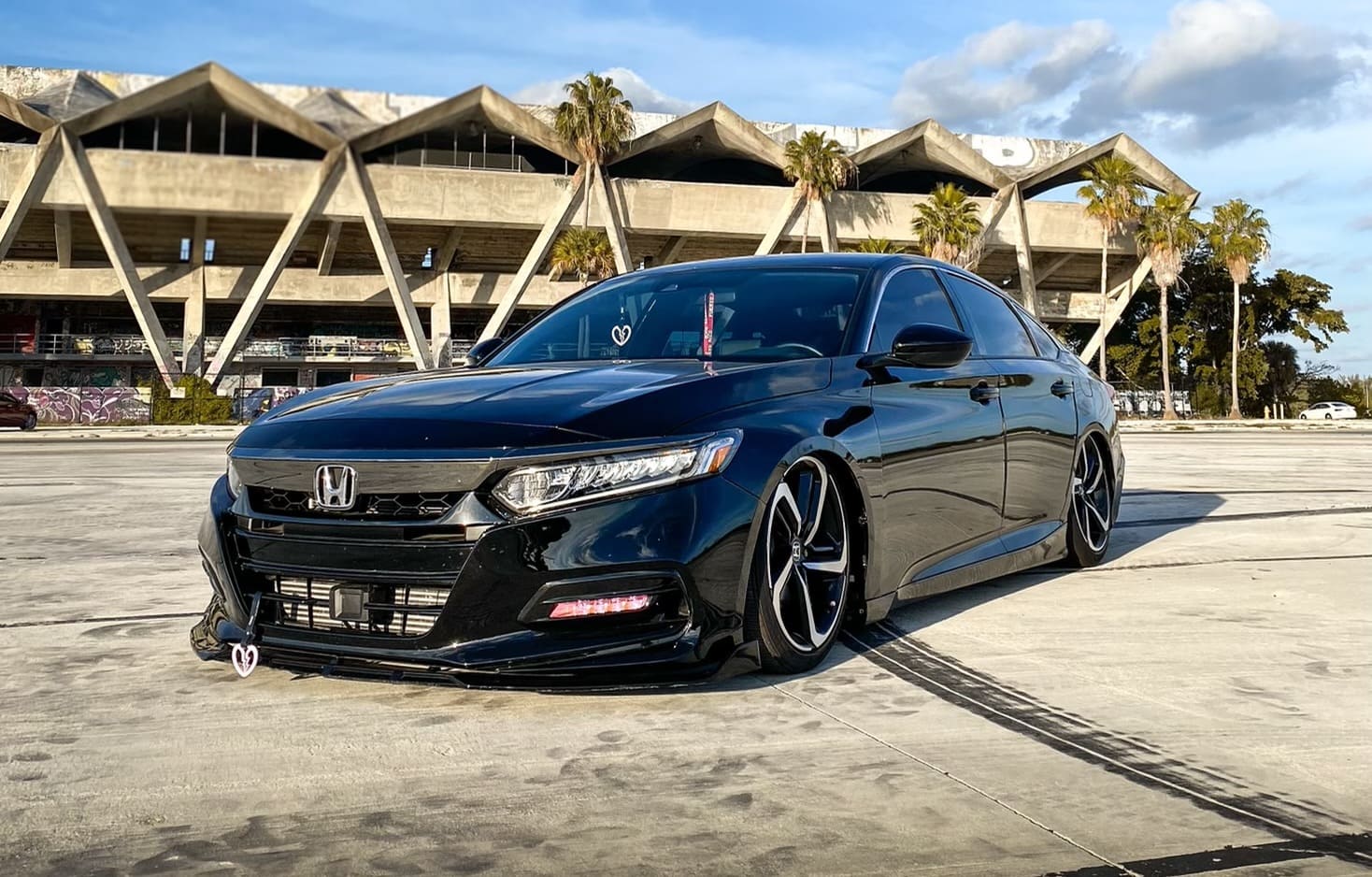 Would you consider your car done in its current form? Or do you have a list of “to dos” still left?
There is definitely a lot more to do. I believe there is always something to do. My future plans are:
Custom tail lights
Rear bumper diffuser
Quad tip exhaust
New wheels
Smaller tires
New wrap with carbon fiber hood wrap 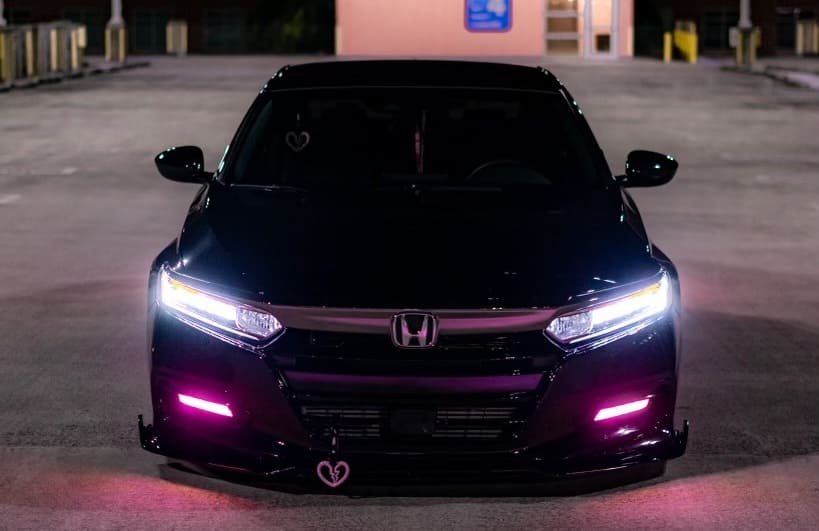 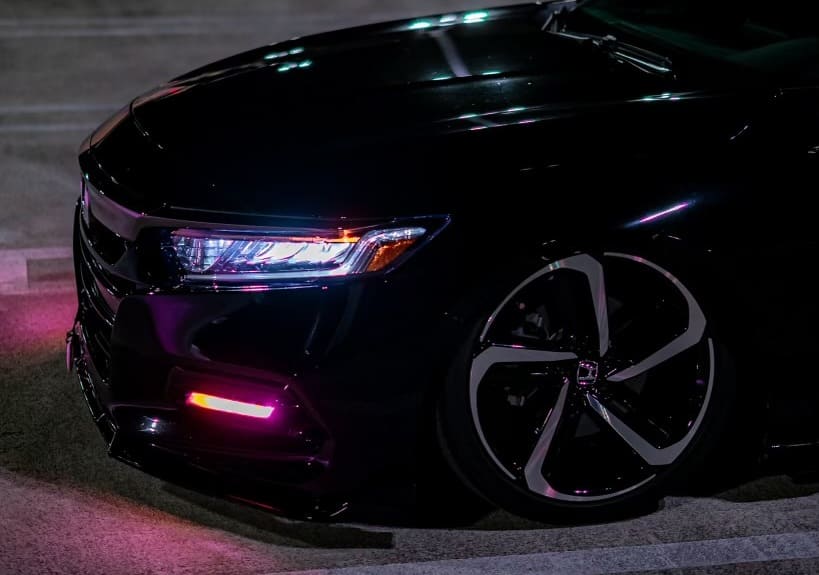 Are you apart of a club or crew with your car? How has that influenced your build?
I am part of a team called Legacy (@legacyy.Tm). It is ran by a very good friend of mine named Mike, his Instagram is @fost2saucy. I can honestly say he was a big influence to my current build and any other modifications coming. Thanks to him, I have been inspired to stay in the car scene and build an amazing bond with many people. We are currently trying to expand the team and get noticed, we have very big things coming our way.

Is there any part/mod on your car you had to do a few times, or installed and then removed?
I actually started with D2 Lowering Springs and I was not happy with how it looked and so I went straight to maxing out coilovers. I also had my splitter break a good amount of times, but it’s all good, that’s what comes with being static.

What is your favorite part on your car?
My favorite part of my car would have to be the pink fog lights! It was one of the first things I did on my own which inspired me to keep going with modifications on my car.

What’s the best memory you had in your car?
The best memory I have in my car would be when I met my friends for the first time. They were very excited to see that I was a lady in a slammed accord. I could not be more grateful.