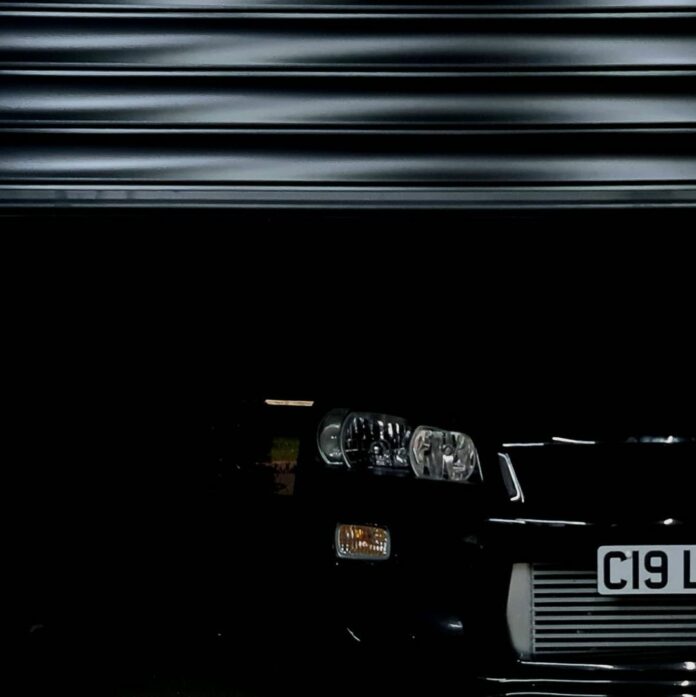 “Give me all the bacon and eggs you have, do you understand?” – Ron Swanson

Was there any unusual circumstances around how you acquired your car?
None at all, was a pretty standard buying experience of a very near standard car.

Was there more work on your car than you anticipated? Did you find a bucket of wiring worms, find some secret hidden problems…..
I was really fortunate to find an unmolested example which was rust free – this is highly unusual on R34 Skylines as they suffer greatly from rust around strut tops / hidden deep inside the metalwork.

Having had a lot of Japanese imports over the years, the Japanese people have a penchant for butchering the wiring behind stereos / bodging in extras – so I only had that rats nest to sort out.

Are there any unique mods on your car? Hyper-rare parts, custom made parts…
Due to the ever increasing popularity of Skylines in the American market as it opening up to imports of this age, most parts that I put on the car are now rare as they are being snapped up / discontinued by manufacturers.

The mod that I was most proud of, as have always dreamt of having it, was the fully built RB30 supplied by RIPS racing in NZ, combined with a fully built race spec head. I was very specific to not buy generic or off-brand parts where possible, hence the spec list is filled with true JDM brands from Tomei, HKS, Greddy, Blitz etc. 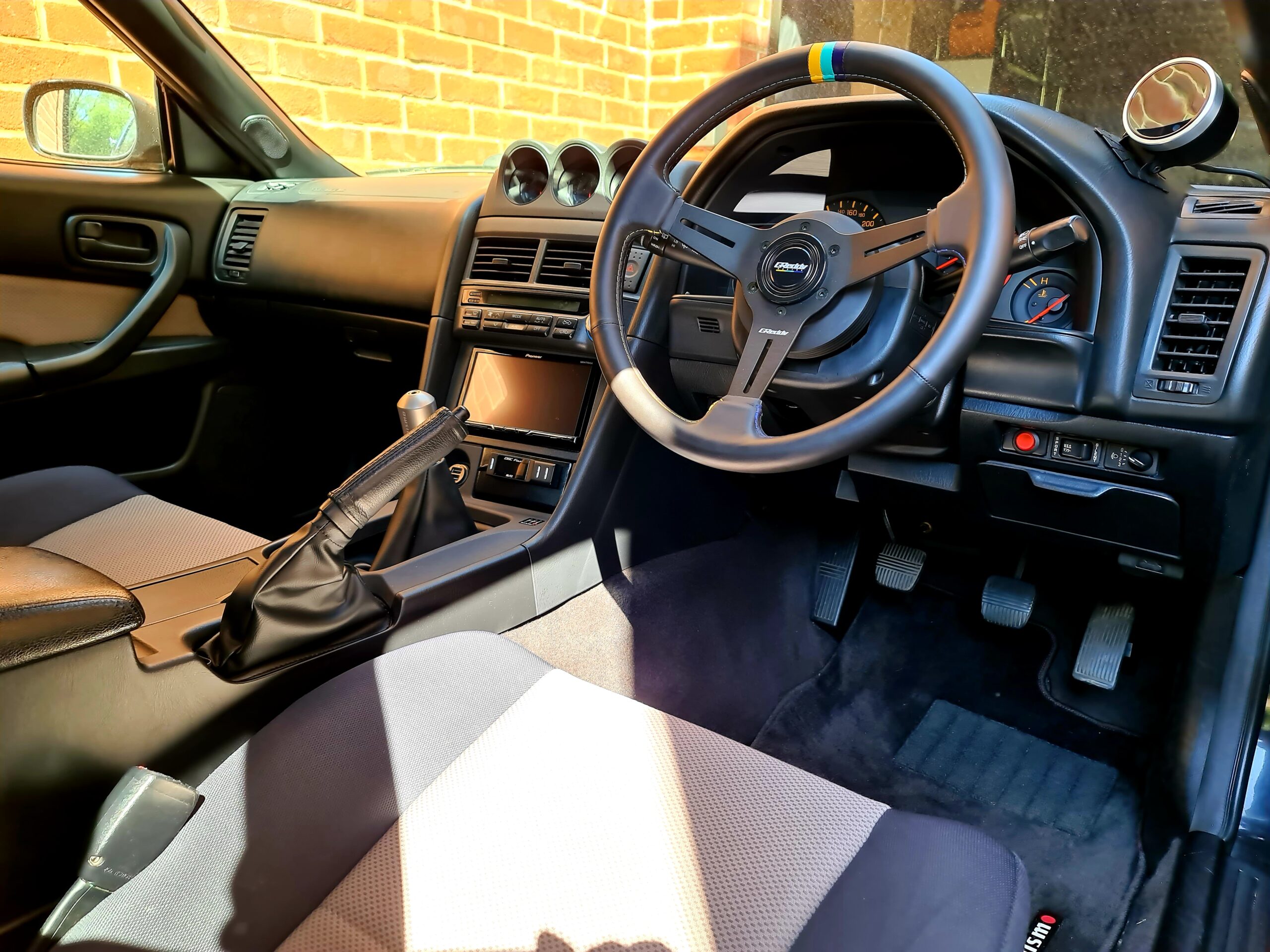 Would you consider your car done in its current form? Or do you have a list of “to dos” still left?
Project cars are never really done. I’ve now sold the vehicle to move onto the next project, but if I had kept it I was planning on a respray, aftermarket seats and strengthening the gearbox as well as continue tidying bits in the engine bay. 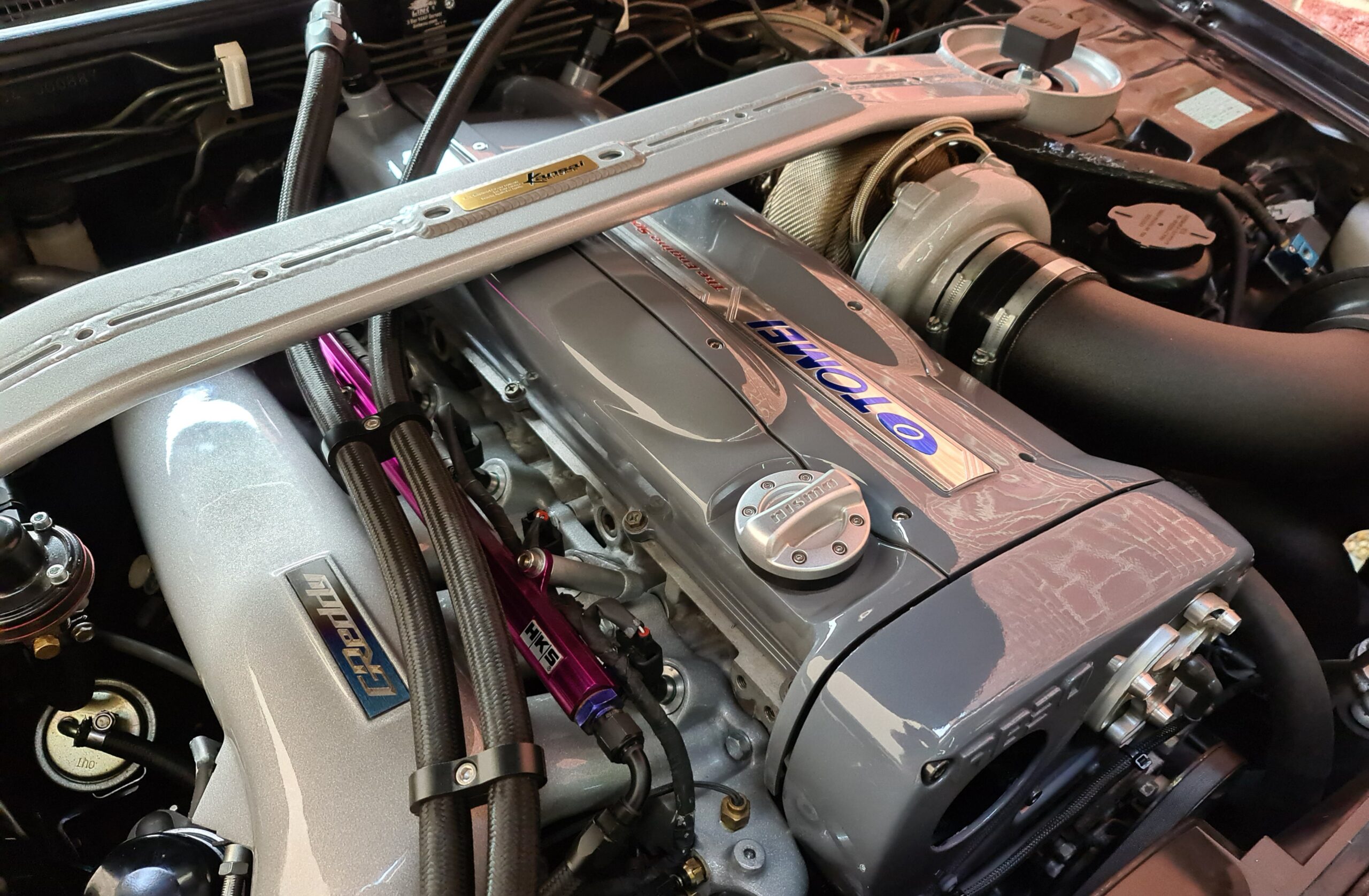 What is the biggest problem you ran into on your build?
The biggest problem with the build was me. The car was put into the workshop to have the first round of upgrades to the engine, taking the power to around 570hp – but then after all that was done the opportunity to acquire the RB30 presented itself, so the work began again. Nice problem to have I guess, but it cost a lot of time and £££.

If you had to do it again, would you build the same car?
Yeah, absolutely. This was a ‘no regrets’ car – having owned 6 Skylines previously and never being in the position to go all out on it. This car was getting the best of the best. 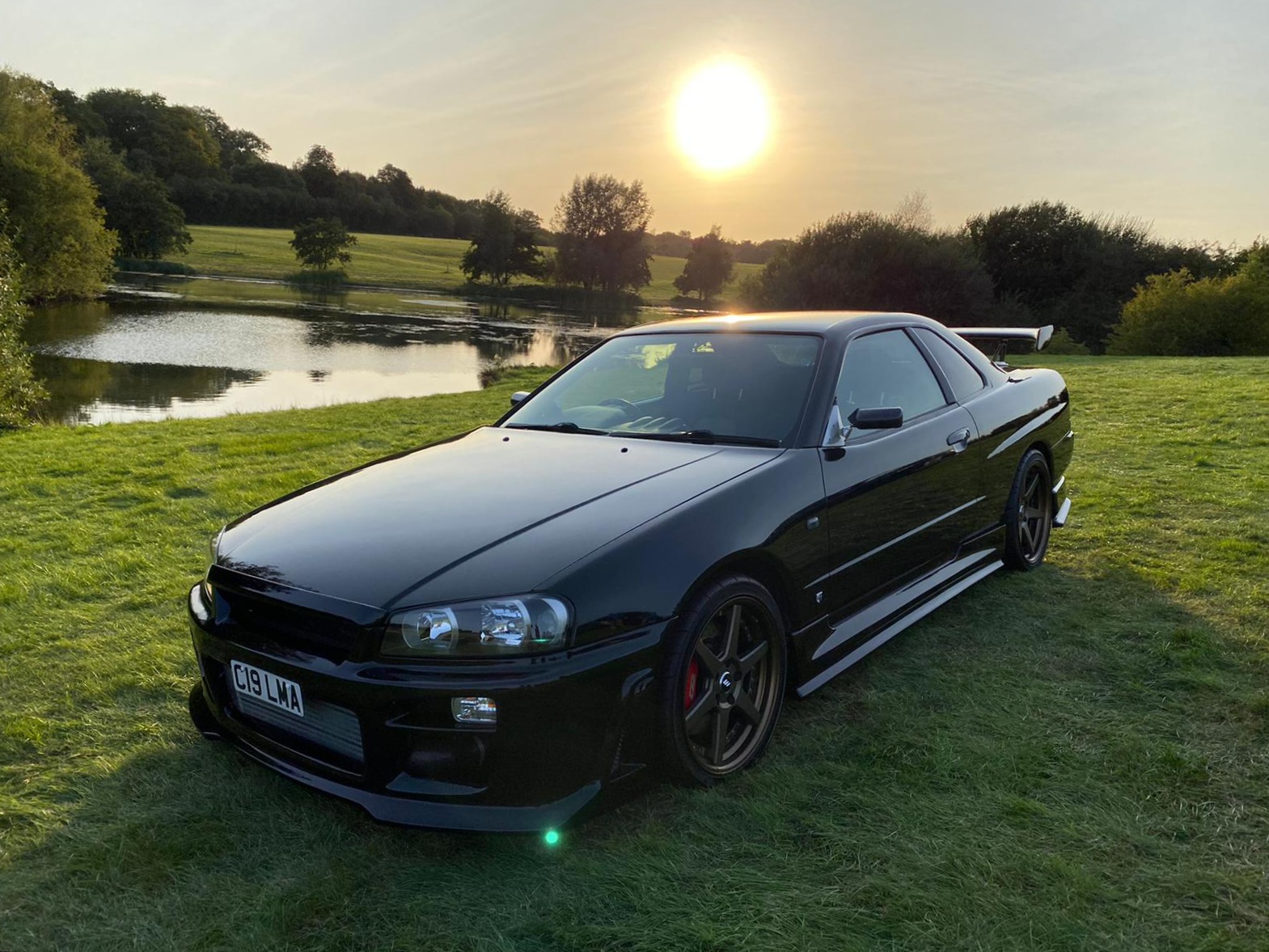 Are you apart of a club or crew with your car?
I am a member of the Skyline Owners Forum on FaceBook – but I’ve never tried to let others influence how I built the car as I wanted it how I wanted it. One of the coolest little details though I imitated from Built By Legends R32 GTR – they fitted an R34 rear wiper spindle and a C25 Nissan Serena wiper blade. Sounds silly, but the OEM rear wiper blade only lifts an inch from the windscreen making it hard to clean under. The Serena blade stands fully erect 😀

Is there any part/mod on your car you had to do a few times, or installed and then removed?
I had it in my head to have a Greddy oil filter relocation kit, just because it looked cool but offered no practical advantage. This part turned out to be a mistake as one time a hose popped off and another time the oil filter seal blew – both times dumping oil all over my drive. Not good. That was subsequently removed and replaced with a new oil cooling system instead. 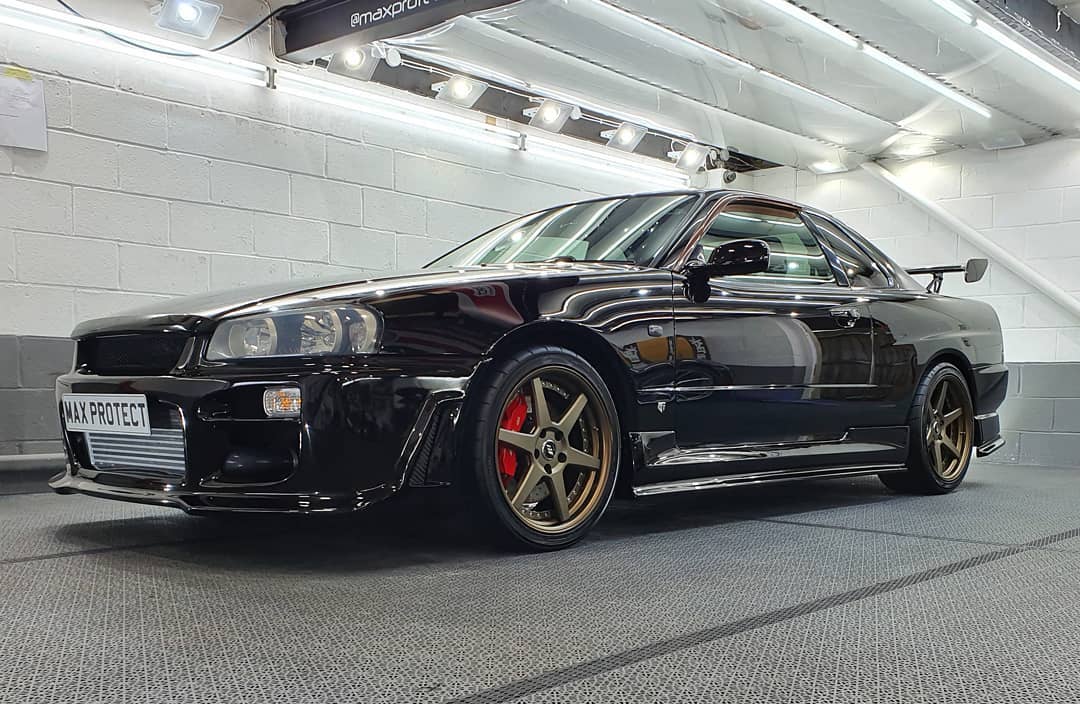 What is your favorite part on your car?
There is no specific ‘part’ – but the Engine bay was what I was most proud of. I had an image in my head of what I wanted it to look like and managed to recreated it almost perfectly.

What’s the best memory you had in your car?
There is a car show in the UK every year called JAE – convoying with my friends in their Jap cars at the time to the show was a riot.

Vehicle Acquired by New Owner, and….. one hour later 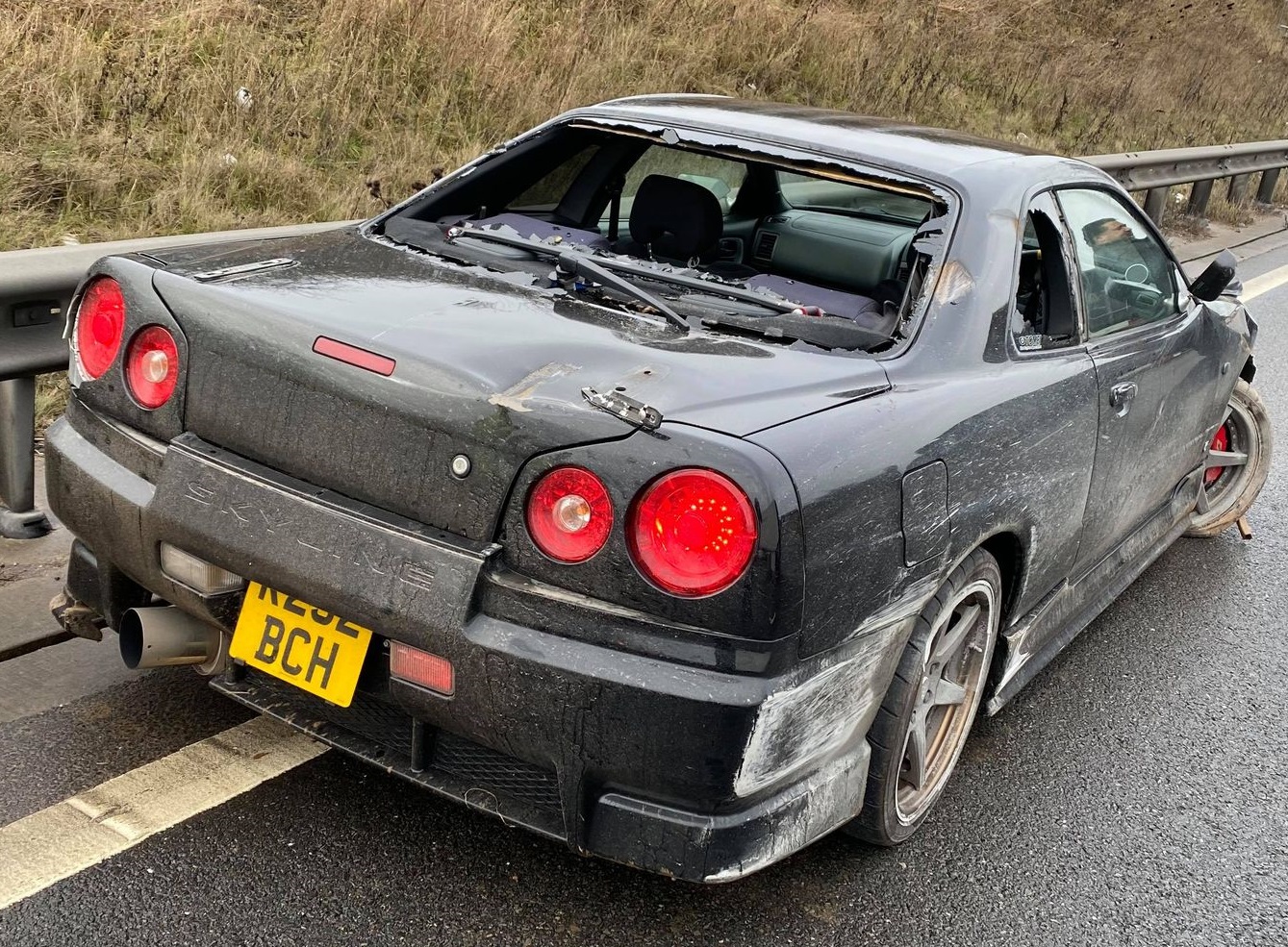 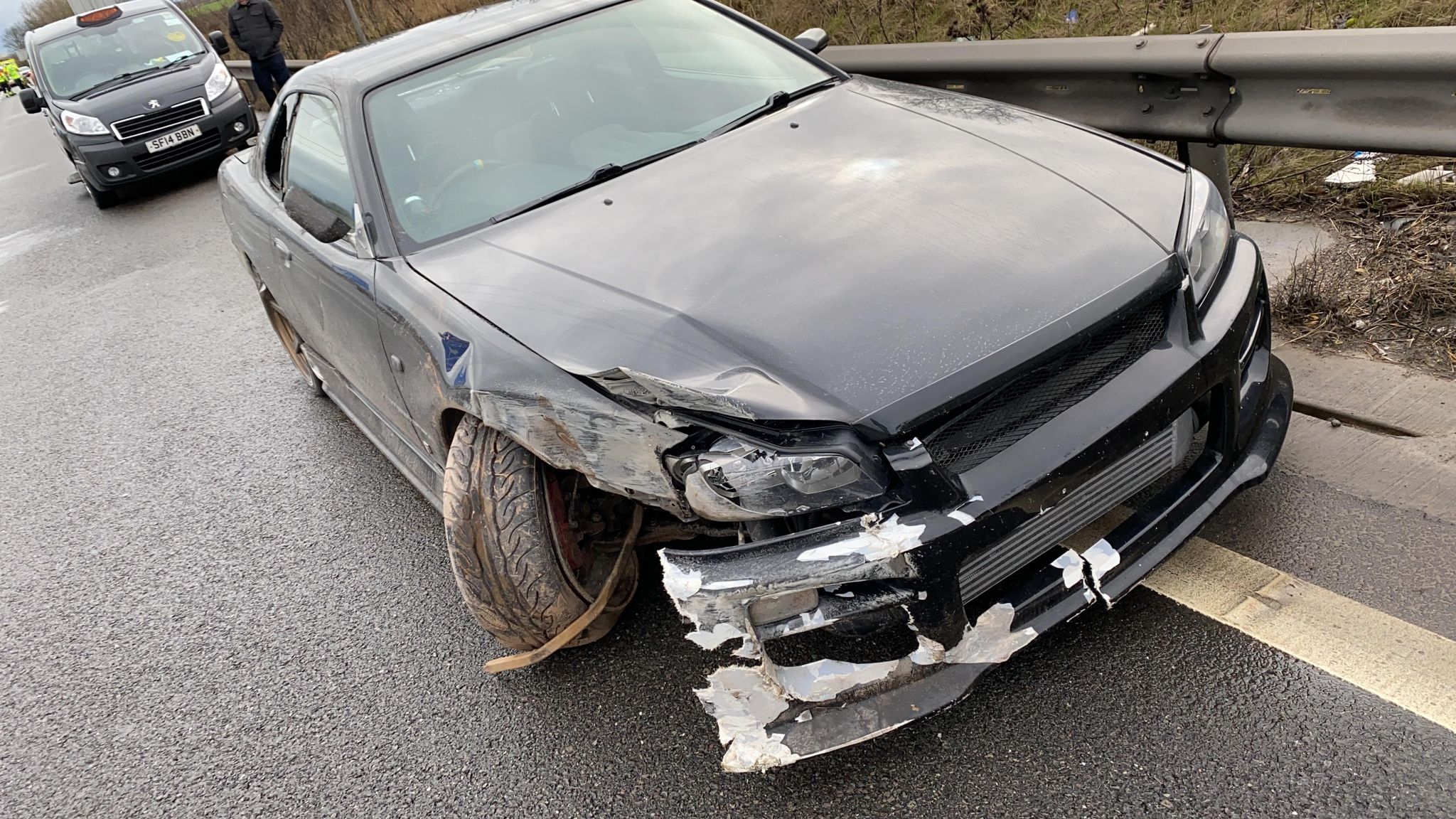