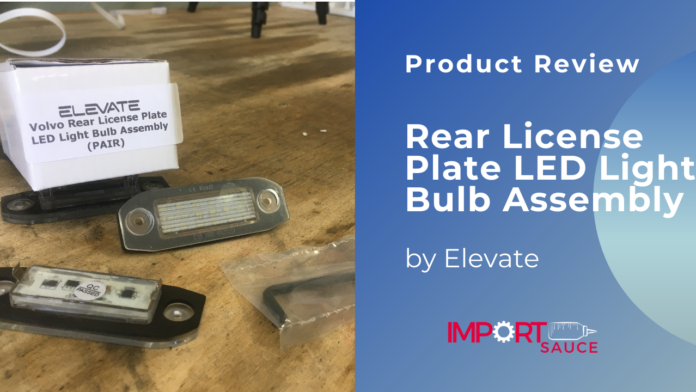 Bringing Some Much Needed Illumination to Your Rear End

During a recent shopping trip on ElevateCars.com, we decided to throw some impulse buys into the shopping cart. This particular time, it was the Elevate Volvo Rear License Plate LED Light Bulb Assembly (PAIR), currently $19, found here. While the link will take you to the S40 versions, many late model Volvos share this same part, and it is likely that elevate has a pair for your car too.

No explanation needed on why we are upgrading these. The factory bulbs are weak, and orange-ish tinted. The illumination on the license plate is almost as good as holding a candle to it in a wind storm, so aside from increased visibility, it also just makes the car look more modern and high-end.

Here is the new product, straight out of the box. We can see, unlike other bulb replacements, Elevate has manufactured a complete one-piece replacement. 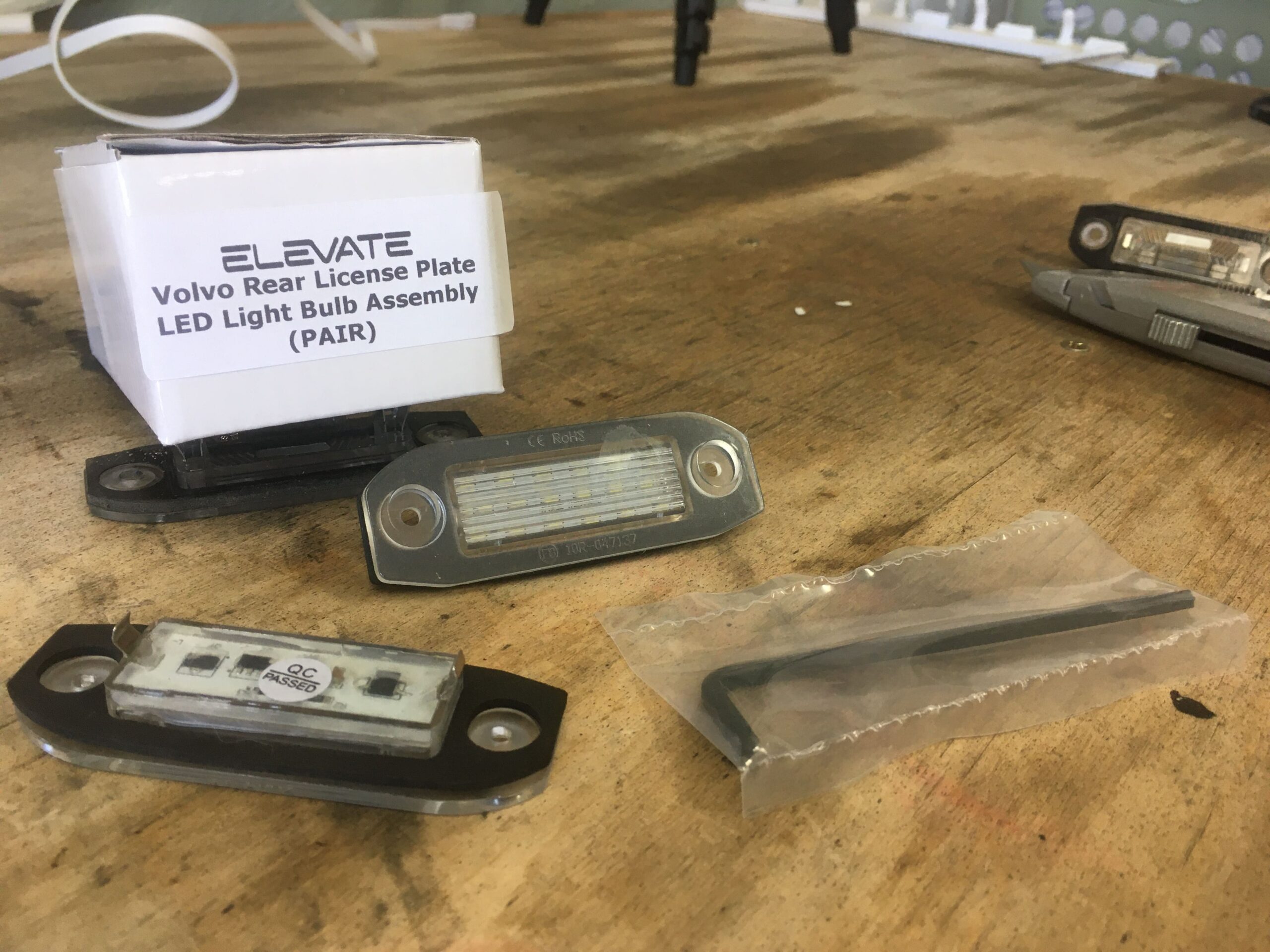 Rather than swapping a single bulb out, you will be replacing the entire unit. Here we see a side by side of the Elevate unit (left) and the factory unit (right). Shape is identical so it will slide right into place. Also note on the Elevate unit, the LEDs are enclosed and sealed, as opposed to factory where the bulb will just rest in the prongs. We like this design as it will hold up to the elements way more than stock. Also the rubber seal around the edge is way more sturdy than the factory foam one. Initial reaction, wow, this is a solid part for $19. 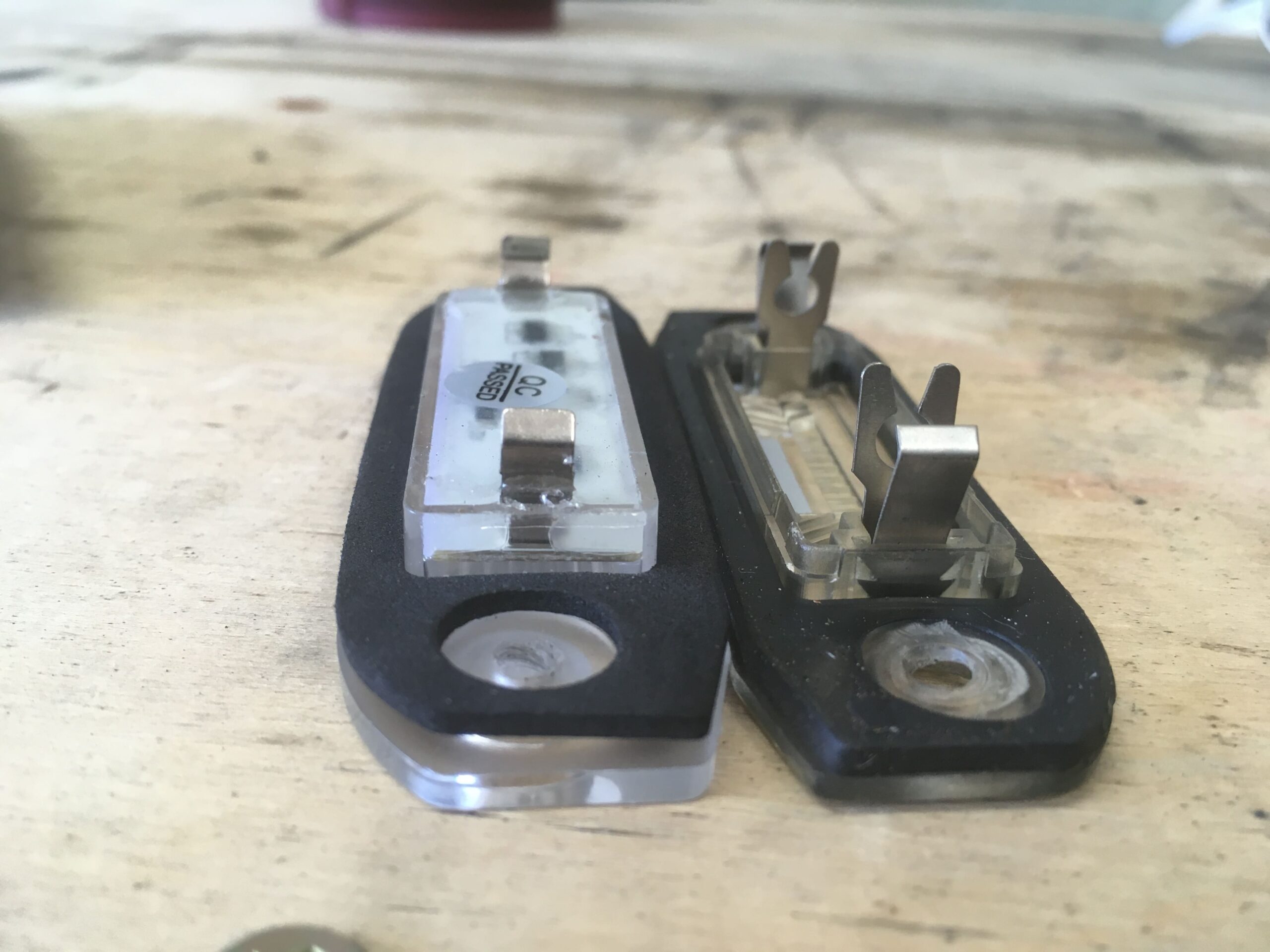 Next, we use the included allen torx T20 key tool (nice, we don’t have to pull out our pencil box full of 100 allens and play the goldy locks game), and remove the factory units. Two screws on each light. Pop the factory light unit out with the allen tool in the empty screw hole if it didn’t pop out on its own. 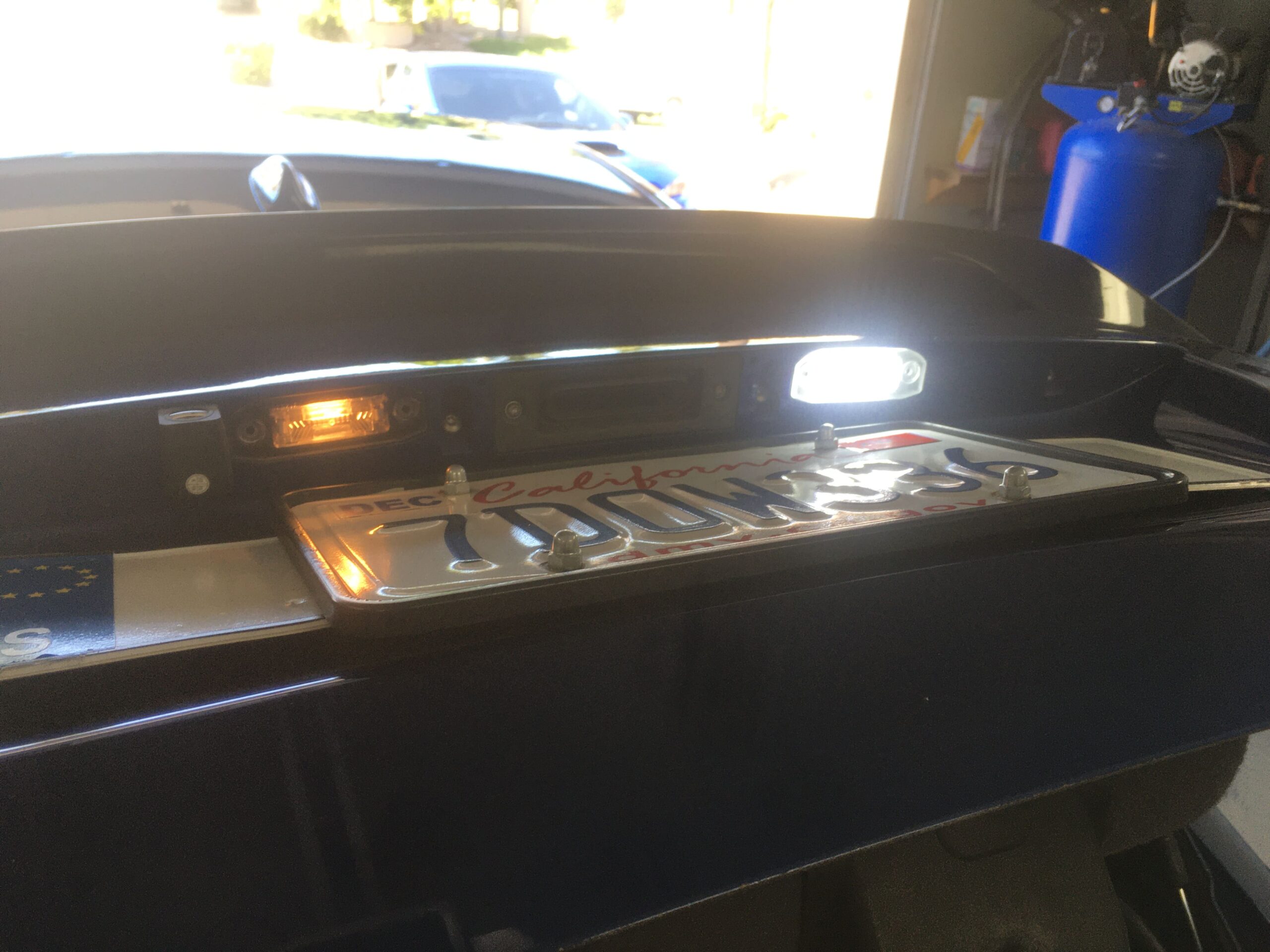 Awesome, and even better at night time. For those of you who say can’t I just buy the LED bulb and pop it into the factory housing? That’s only $4 on eBay!!!. Sure you can do that, but save your time and money and buy a quality product to start with. Here we show the eBay LED side by side with the Elevate unit. Keep in mind the elevate unit has 18 individual LEDs in the unit, and the eBay one, just 6. Even in the day time, you can see the eBay LED (on the left), is weeeeaaakkkkk-sauce. 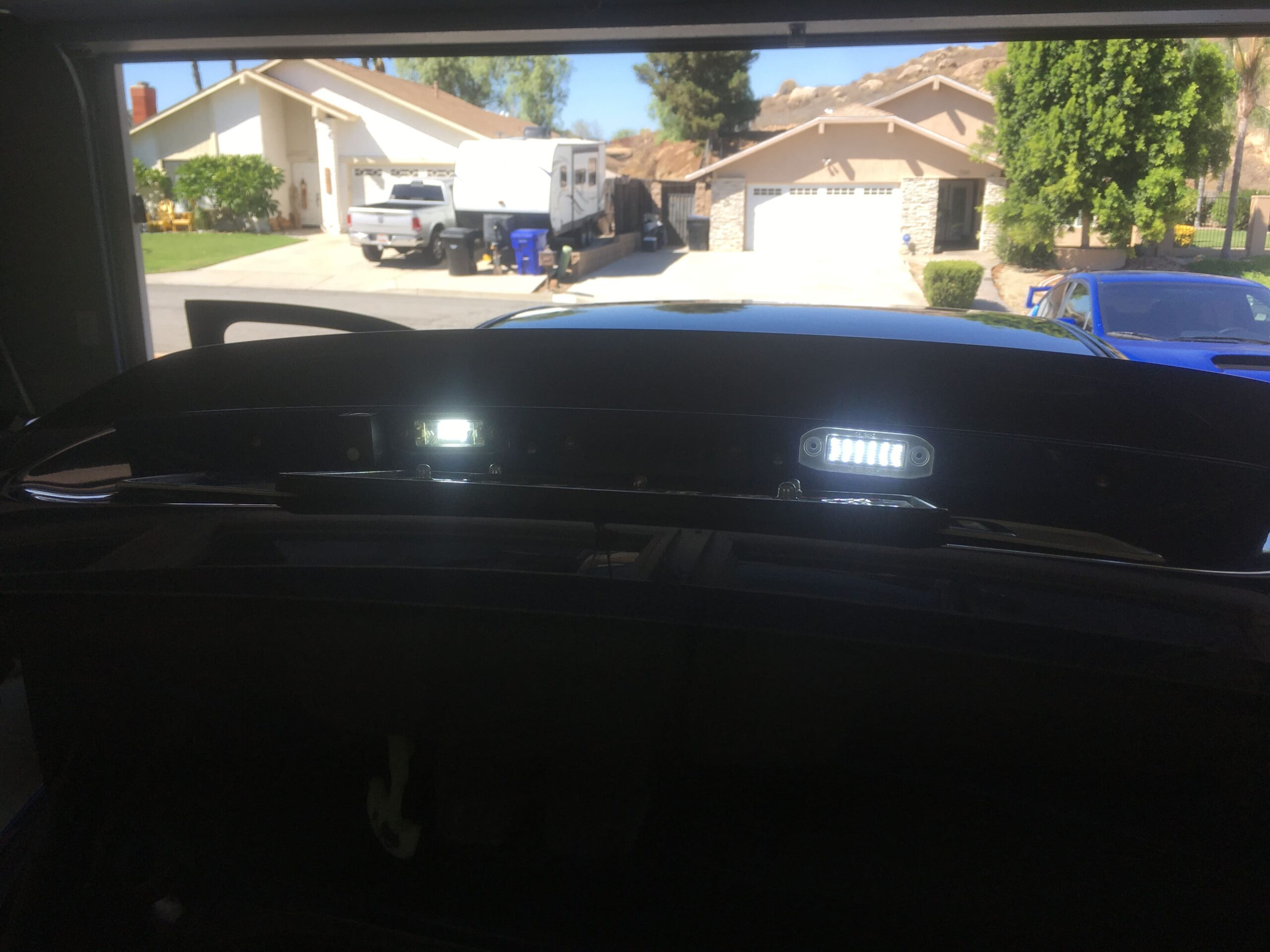 To conclude:
Would be buy it again? Yes
Would we gift it to friends and family? Yes
Would we do a video on the product? Yes – below
Would we keester it to smuggle it to a shady family member locked up so he could use it as currency to get some smokes? No, no we wouldn’t.

The Top 8 Smartphone Apps for Your Import

LIKEWISE Shift Knobs & Accessories – One of the Best Out There

Ordering From Elevate Performance – What To Expect

Harbor Freight Tool Chests – Are They Any Good?